In the indigenous Guaraní language, Uruguay means ‘river of snails,’ yet freshwater mollusc biodiversity within this South American country remains understudied and undervalued. Geographically, Uruguay represents a crossroads as it shares borders with Argentina and Brazil, countries with the highest documented diversity of apple snails, an ecologically important and evolutionary rich group. Facilitated by its hydrological connections within the Rio de la Plata Basin, Uruguay contains at least four Pomacea species, one potentially undescribed. Besides contemporary movement of species, freshwater diversity currently found in Uruguay could potentially have resulted from past palaeohydrological changes that influenced the current distributions of species.

From 2011-2015, the Project AMPLIFIED team (Ampullariidae Model using Phylogeography, Laboratory Integration with Field Investigations into Ecology and Diversity) sought to document diversity and distribution of apple snails across Uruguay (NSF IRES Award). We collected 816 snails (Pomacea spp.) from ~70 sites and sampled their foot tissue for use in genetic analysis.
​
Sofia Campos '16 had been the lead undergraduate researcher on this project to date.  She spent Dec. '14 - Jan. '15 in Uruguay collecting samples and working with our collaborators. Her results (upcoming poster at ESA 2017 & in preparation for publication) so far reveal that Pomacea sp. makes up the dominant Pomacea species in Uruguay, a finding that starkly contrasts previously reported species distributions that possibly misidentified this species as P. canaliculata or P. maculata. The difficulty of morphologically identifying this cryptic species, combined with its range expansion, raises a concern regarding how long before this species ends up introduced elsewhere. 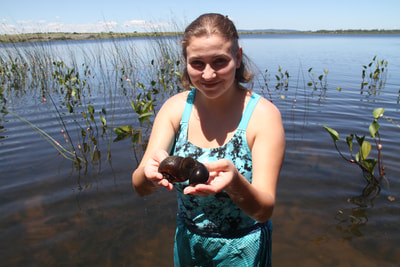 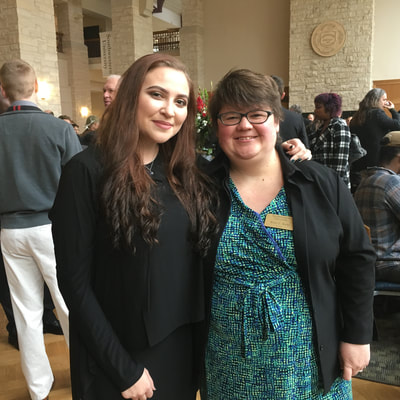 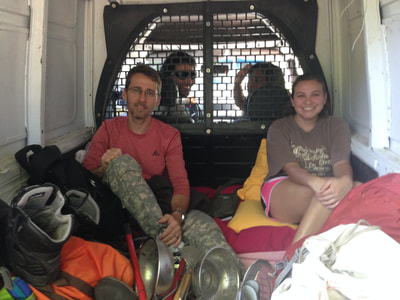 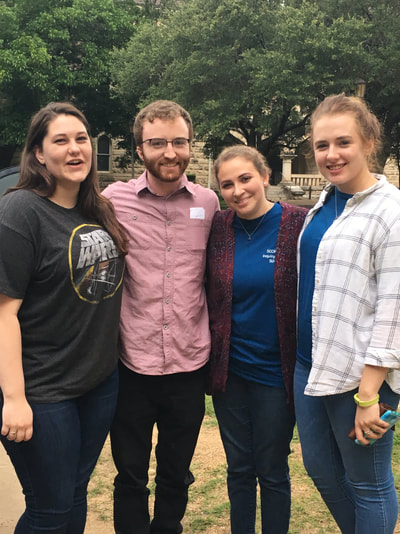 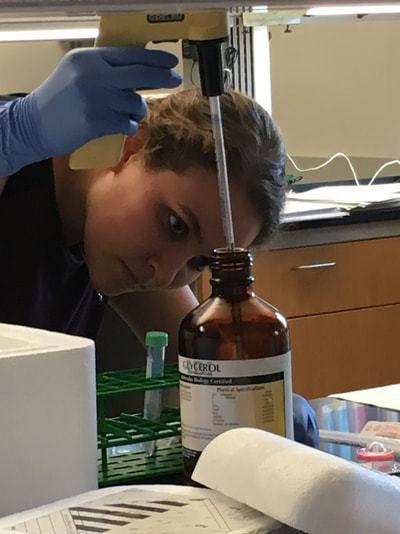 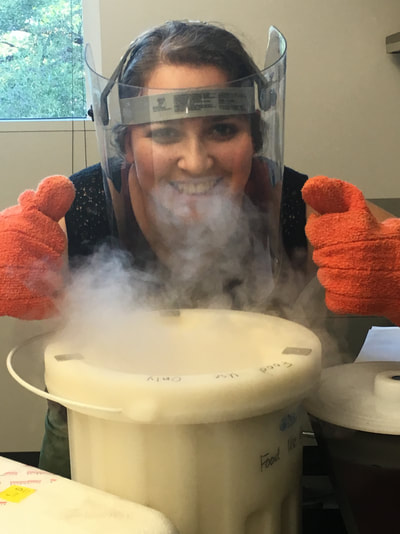