The possibility of hybridization among the globally invasive freshwater snails Pomacea canaliculata and Pomacea maculata has been previously suggested by colleagues in Japan (Matsukura et al. 2013), but not clearly documented in wild, native populations.

To better understand the role of hybridization in their invasion success, and evolution of biodiversity broadly, we are currently assessing the frequency of hybridization across a large portion of their native range. From 2011-2015, the Project AMPLIFIED team (Ampullariidae Model using Phylogeography, Laboratory Integration with Field Investigations into Ecology and Diversity) sought to document diversity and distribution of apple snails across Uruguay (NSF IRES Award). We collected 816 snails (Pomacea spp.) from ~70 sites and sampled their foot tissue for use in genetic analysis.  We can combine the genetic information from these studies with past collections of collaborators.

Paul Glasheen '16 has been the lead undergraduate researcher on this project to date.  He spent Dec. '14 - Jan. '15 in Uruguay collecting samples and working with our collaborators. His results (in preparation for publication) suggest that hybridization does occur by these species in the native range. Hybridization in the native range suggests the phenomenon long precedes recent invasions by these species, and that an evolutionary history of hybridization may have contributed to these snails’ ability to become highly successful invasives. Apple snail species serve as a model for gastropod responses to anthropogenic dispersal, and molluscan responses to climate change. As freshwater molluscs face new and increased selective pressures, the question of which species will disappear, which will simply survive, and which will become harmful invasives appears more pressing than ever. 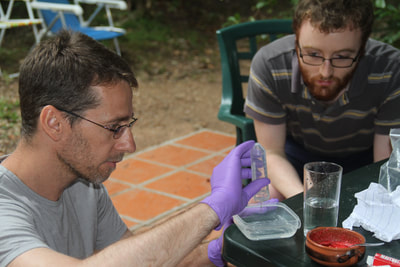 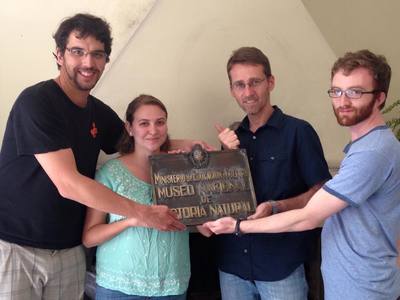 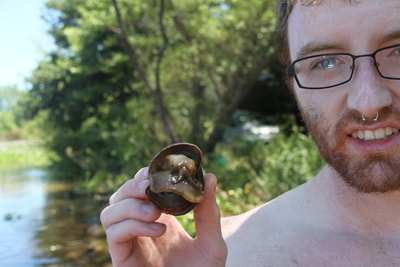 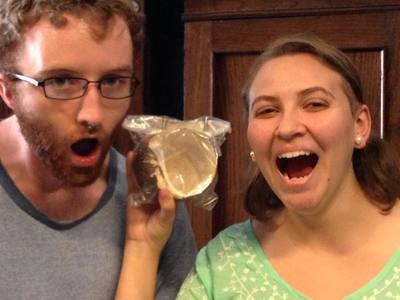 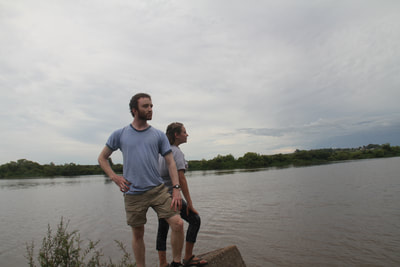